Networking does not happen over night, it is a living process than involves trust, patience and transparency.

One success story I can share with you about the benefits of networking is about the way I get to meet my partner with whom I’ve later on started my company, Good Afternoon! Media.
I joined JCI in April 2008, as I was being invited by a friend to help him develop a local project here in JCI Bucharest. The project went really well, covered 6 major cities in Romania and bought huge awareness upon JCI.
Later that year, in October, I’ve met Tudor Maxim, which came with the idea about Tineri Antreprenori (Young Entrepreneurs), a mentoring program that involved several well known and respected entrepreneurs from Romania as mentors for young and talented entrepreneurs. Organizing with Tudor this project involved many nights spent at the office, followed by hours in pubs, to relax after the hard work :). This eventually led to a close friendship, which later on became the foundation of our business partnership. In December we began talking about developing the ideal digital marketing agency 🙂
So, in may 2009, while we were planning the second edition of Tineri Antreprenori, the idea that me and Tudor should start a new company was even stronger. So I’ve decided that it was for the best for me to leave the company in which I was hired as a senior web developer, because we both wanted that Good Afternoon! should step forward from a plan to a real digital marketing agency focused on optimal usage of digital media.
It took us over 7 months to get to know each other, and in this time spent, I got to discover my partners managing and strategist qualities, and he get to be aware of my creative solutions and technical knowledge. Networking does not happen over night, it is a living process than involves trust, patience and transparency.

One thought on “despre networking” 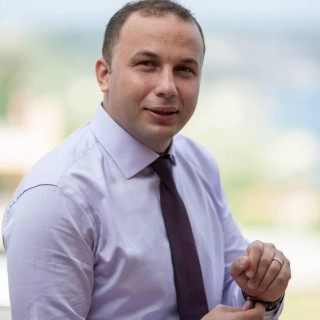